Well, Asadal Thought is back. I haven’t written a post since the middle of September last year. Although I’ve started a few attempts at meaningful posts, they all ended up being canned, due to time constraints or just not being very good. As I’ve always tried with this blog, I aim for my posts to deal with cultural, historical or political themes and issues within Korea, especially those that are not commonly dealt with by the other Korea blogs. For that reason I tend to stay away from the stories that are reported frequently in the news, as I don’t really believe I could do it any better than most other Korea bloggers. This inevitably means that my posts are not specifically related to the issues that expats tend to discuss in blogs. That’s not to say I don’t appreciate those blogs, and I often get involved in the discussions myself, but again, I just feel that there’s no point me writing about the same news and current affairs issues, as I can’t do it any better. This also means that I don’t have a constant stream of new material. I either write when I think of something, or when I’ve been working on a particular area anyway and feel like sharing some of it. In the future I will be writing posts on themes such as North Korea, unification, the six party talks, Lee Myung-bak and censorship, which do make it into the news, so do keep checking back to see what I’ve been up to! 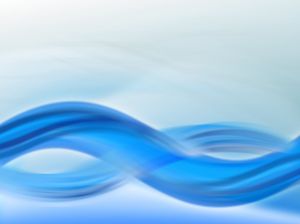 For this post, however, I’m discussing a man little known outside of Korea – or at least East Asia – the Korean Buddhist monk Beop Jeong (법정 스님). I’ve been working on a couple of short translations of his works recently, and so I’ve been delving into the available online information on him. As it turns out, there’s much less than I thought, in Korean and English, considering how well known he is in Korea. Because of this I thought I might share what I found out here, with the possibility of posting a short translation of a bit of one of his books here in the near future. I think he’s a very thought provoking writer and a fascinating character. Have a read, tell me what you think and check back when I’ve put my translation up. 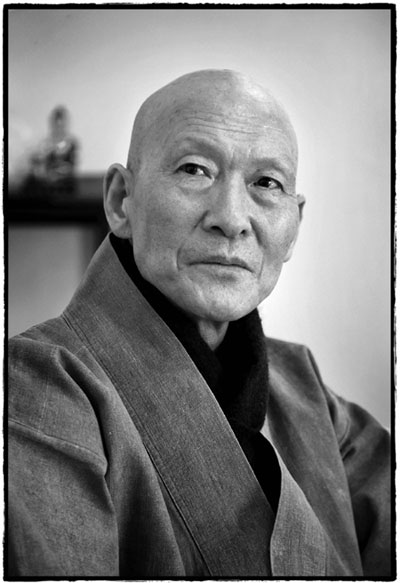 Born in 1932 in South Jeolla Province, Beop Jeong is one of the most renowned Korean Seon (Zen) Buddhist monks, and has had his writings published for over thirty years according to Naver Encyclopedia. The website of Korean Buddhism says of him, “he is counted as the most pure spirit of this generation (이 시대의 가장 순수한 정신으로 손꼽히고 있다).” As an introduction to this author, perhaps it is best to use the words of Pyo Jeonghun, who wrote an article for the website List, a site devoted to books from Korea, in their online journal, Theme Lounge, entitled “A Colourful Panorama: Korean Buddhism.” He writes of Monk Beop Jeong, “Beop Jeong is well-known for his ability to communicate widely with the general public in Korea. Of course, he is a devoted Buddhist practitioner, but he also excels at couching Buddhist teachings in a modern context in his writing.”

Zhou Xiangchao, editor-in-chief of the Chinese 21st Century Publishing House, is the man who brought the works of Beop Jeong to a Chinese audience. He describes him as “one of a small group of practitioners who retreats from the mundane world in order to live in harmony with nature. He has lived in the deepest corners of a Korean mountain for years, rarely leaving his residence. His house does not have an address. He lives alone, but he lives with nature.” In describing his impact in modern Korean society, Kim Jumki writes in the seventh Korean Books Letter – an online publication by the Korea Literature Translation Institute – that Beop Jeong “is a ‘spiritual master’ who has awakened the sick mind of the modern people through his aphorisms that convey the true happiness of life and repose of mind. Having suffered a serious illness and crossed the boundaries of life and death, he tells us the meaning of life and death and how we should receive them.” 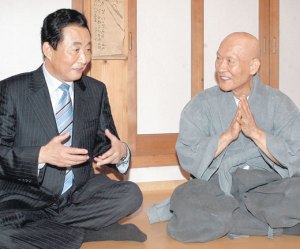 It is evident to me that Beop Jeong is probably the most significant Buddhist thinker living in Korea today, and probably of the 20th Century. Despite not being the leader of any of Korea’s Buddhist sects, his teaching and philosophy, as laid down in his published writings, are read by millions of Koreans and impact greatly on their lives.

Korean publishing company Wisdom House explains why such an unusual figure in such a modern country commands so much respect, and has such a profound influence on the population. “Combining lessons for spiritual practice with a strident objection to the mundane values of the modern world, his works have maintained their popularity for over three decades, owing to the invigorating power they have in influencing the lives of his readers.” Indeed, Beop Jeong appears to provide a philosophical counter-balance to the unrelenting quest for modernity and affluence that has been evidenced in South Korea over the last fifty years. Wisdom House’s appraisal of him goes on to discuss how, in his book May All Things Be Happy, Beop Jeong teaches, “The goal of humanity must not be to affluently possess, but to abundantly exist.” I think this is certainly something that should be a more widely-held idea in Korea. He’s certainly hit the nail on the head with regards to this attitude in Korean society here. Buddhism is a major religion in Korea, but I feel that this sometimes conflicts with the modern life that people sometimes feel they are compelled to lead, constantly pursuing financial gain and social elevation, whether it be through their job, income or where they live.

As the most prominent proponent of non-possession and non-attachment and living with nature in modern Korean Buddhism, I feel Beop Jeong’s teachings and philosophy have struck a unique chord with the Korean people. Many Koreans have some of his teachings committed to memory, and often school children are required to do projects or research about him. This speaks to me about the clarity of thought he demonstrates, as well as his poetic writing style that I find elegant, entertaining and memorable. He conveys his ideas clearly, but with beauty, meaning it is never a chore to read.

Regarding the content of his work, I find it remarkable that he has managed to maintain such high standards over so many publications spread over more than thirty years. For a man who lives alone with the bare minimum of worldly possessions in a mountain hut, I think it is clear he does not write for the money or the fame, but simply to share his ideas. This appeals to me, as it has done to so many Koreans.

However, despite Beop Jeong’s undoubted reach, influence and importance to the modern societies of East Asia, his works being sold in both Japan and China in addition to Korea, his writings have largely failed to reach the western world. A search for his name in Google Scholar, as well as the same search in Google Books produce no results. A search for “Beop Jeong” in Google, produces only 1,170 results, whereas a search for “Patriarch Kirill,” the Primate of the Russian Orthodox Church, produces almost 70,000 results, as an example. 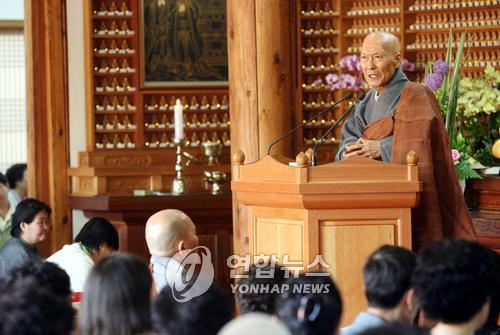 I wish there was more information about him in English, and that it was possible to acquire English translations of his works. I admire his use of the Korean language, and find it compelling and attractive, and so on a personal level I enjoy reading his work in Korean. I do, however, feel that there are many non-Korean speakers who would also enjoy reading his work. On top of this, I think that the fascination some people in the English-speaking world have with East Asian culture, Buddhism and Zen (Seon) in particular would ensure that any translation of Beop Jeong’s work would find a significant audience there too.